Travie McCoy has revealed details surrounding his highly anticipated new album called ‘NEVER SLEPT BETTER’ out July 15, 2022 via Hopeless Records. Today, fans can check out a new song and music video for “Stop It” taken from the album.

“This song about me reclaiming my position in this space” explains Travie. “I’ve been quiet for a decade, so stop it with the where have you been questions, it doesn’t matter, I’m here right now, so let’s GO!!!! Underdogs always come out on top, so STOP IT!!!! I GOT IT!!”.

Travie previously released the singles and music videos for “Spoonful of Cinnamon” and “Loved Me Back To Life”, which included features cameos from GaTa (from FXX’s Dave), Zach Holmes (Zackass), Toby Morse (H2O, Hazen Street), Wes Period, and Chad Tepper.

Growing up as a bi-racial kid in Geneva, NY, he grew up loving hardcore and punk rock, along with hip hop and R&B, and instead of choosing one lane, he created a genre-bending sound that changed what modern alternative and pop looked like. He formed Gym Class Heroes, a group that found a community in the alternative/punk space, but shot into the mainstream with hits like the 3x Platinum “Cupid’s Chokehold” and “Stereo Hearts”. But as a solo artist, he hit new heights, and jump-started the careers of a number of up and coming artists, with songs like the 4x Platinum, “Billionaire ft. Bruno Mars” .

Through all of this, Travie started battling with addiction and depression, leading into a real moment of rock bottom that almost ended his career and life. After getting into recovery and working through his constant demons, he started feeling creative again, and decided that he was going to be true to himself and his craft. He wanted to write music that he 100% believed in – that he could pour out his heart and soul into – and that could be the cathartic vehicle of self-expression that he was missing.

The result is ‘NEVER SLEPT BETTER’ – the most honest, unpretentious, and devastatingly powerful album of his career. With an album title that references Richard Connell’s “The Most Dangerous Game”, the album encapsulates the past 10 years of Travie’s life with brutal honesty. It is a journey telling the trials and tribulations of addiction, mental health crises, and navigating the shady characters and frustrations one finds in the music industry, to get to a place where he could finally be at peace. 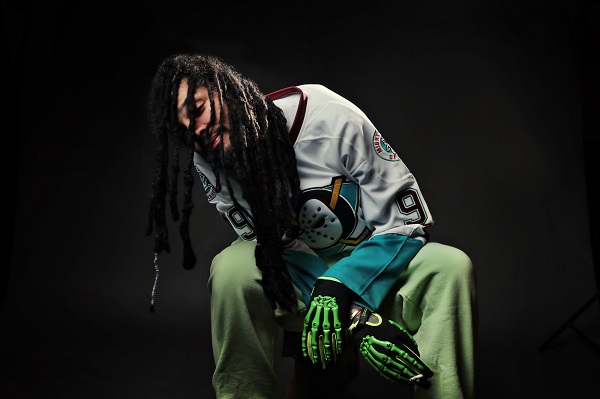